How the Internet of Things Can Drive Value for the U.S. Military

How the Internet of Things Can Drive Value for the U.S. Military 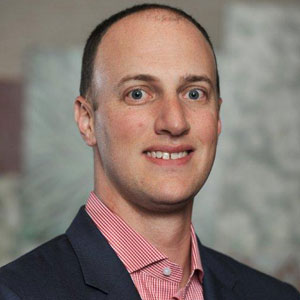 The turbulent seas of the North Atlantic in 1941 are a surprising place to find an explanation for one of the most important trends with the defense sector: the Internet of Things (IoT). But in that pitched battle between Allied merchant ships and German U-boats, information was the key to victory. Codebreaking and aircraft from escort carriers were the sensors, feeding information into centralized command centers to the decision makers on both sides.

Victory went to those groups that could generate and analyze more information in a timely manner and, then, adjust not just their tactical posture but their logistical supply lines, intelligence groups, and support facilities.Then and now, it is hard to overstate the importance of information to military commanders everywhere.

The military concept of decision cycles places information flow at the heart ofactivities from logistics to intelligence; in some cases, information’s importance and impact is so great that it is classified in the same category as artillery. With information so central to all activities, the military is naturally hungry for technology or tools that improve communication, routing or processing of information.

The IoT is one such technology. Whether called the ‘Internet of Everything’, machine-to-machine, or ubiquitous or embedded or ambient computing, the IoT is fundamentally about connecting disparate objects into larger networks to create information.

The Role of the CIO

In years past, the divide between business and mission IT may have seemed as great as that of the North Atlantic. However, in recent years, that gap has closed and CIOs have become increasingly mission focused. Once known simply as the IT leader, the CIO is increasingly living up to its namesake as the focal point for information within an organization.As with any revolutionary technology, the CIO must lead the ability to simplify IoT decision making and bring order to the menagerie of IoT technologies by showing how each fits into larger processes and supports decision making.

The proliferation of IoT applications has created immense opportunity for creating value in all parts of the organization. IoT fundamentally is about making better decisions derived from information. Two examples are: warfighter and cost effectiveness.

For centuries, the model of command and communications has been centered on battlefield commanders “pulled” information about friendly and enemy situations and then “pushed” commands and orders down to the tactical units.

Today, the pull is often accomplished by data fusion, trying to give a commander the widest, most diverse picture of the battlefield. The push is the challenge of operational communications: how to disseminate orders to and among tactical units. The military has already implemented many of the foundational components of IoT in both pull and push; however, data often remain disconnected—separate value loops with separate flows of information.

“Pull” data fusion:Informed decision making is predicated on having comprehensive knowledge of the battlefield: reports from a range of locations, taken over a span of time that paints an accurate picture of the situation.The information a commander needs to make effective decisions has expanded exponentially, meaning that commanders often bring together volumes of diverse data to understand their battlespace.

Aggregating these disparate types of data necessitates a common set of data standards. With multiple agencies, commands, and military services involved in the production, transmission, and consumption of all of these data types, creating a common set of standards will likely require a senior-leadership mandate designating an executive agent to adjudicate what the standards should be.

For a number of years, the Defense Advanced Research Projects Agency (DARPA)and other defense agencies have been experimenting with “mobile ad hoc networks,” designed to form a self-creating and self-healing mesh of communication nodes, with setup time measured in minutes instead of days. DARPA envisions networks of more than 1,000 nodes providing individual soldiers with streaming video from drones and other sensors, radio communications to higher headquarters, and advanced situational awareness of other soldiers’ location and status.

Individual applications already allow a soldier to view streaming video from unmanned aerial vehicles overhead, see nearby soldiers’ ammunition status, text message a “call for fire” to supporting artillery, and even allow headquarters to look through a rifle scope. The current challenge is integrating all of those applications.

Cost reductions through asset tracking:Many individuals and leaders have experienced the tedium of filling out handwritten receipts and know the more intense pain of long hours spent inventorying equipment by hand, reading off the serial number of each piece in turn.

More than a mere inconvenience, these dated asset-management practices compromise the Department of Defense’s (DoD) overall supply-chain effectiveness. This lack of investment stifles information creation where it starts. Without putting sensors on objects and connecting them, data are not created, and no information flows.

Cost reductions through facilities management: The DoD holds the largest US portfolio of facilities and is the nation’s largest single energy user.The department spends more than $10 billion to maintain and repair those facilities.As with asset tracking, useful data are simply not being created.

With existing, proven technology, Defense leaders can more easily act to see desired savings. A pilot study implementing IoT solutions at Great Lakes Naval Station combined real-world weather data, energy consumption, comfort thresholds, and data collected from buildings into a machine-learning algorithm designed to reduce energy consumption. The study found reductions in energy usage of 20 to 30 percent, suggesting that, if implemented across the DoD,annualsavings of $500 million could be possible.

For the military as in any field or industry, there is no one-size-fits-all solution to the IoT. The key is to take a reasoned approach to investigating IoT applications. CIOs must start witha mission, whether it is cost reduction, warfighter effectiveness, or bothand look forward from there. Battlefield objectives have shifted in the centuries of warfare—there’s no reason not to use all available tools and technology to achieve those objectives.

Keeping It Real With Your Security Vendors

One Source of Truth for Our Frontend